From June 3 to 6, Québec International and four Québec City businesses attended the 2019 BIO International Convention in Philadelphia, a key event in the biotech industry for many companies in the life sciences sector. A delegation of 16 organizations in the province also made the trip to the convention with the hope of increasing their own exposure during the event.

Quebec’s visibility was further increased with the launch of The Coolest Hotspot on the evening of June 3. This initiative, a result of the contribution of numerous stakeholders and companies in the province, is committed to advancing the life sciences and health tech sector in Quebec. As such, the Bio 2019 Québec pavilion showcased The Coolest Hotspot and the province’s assets. 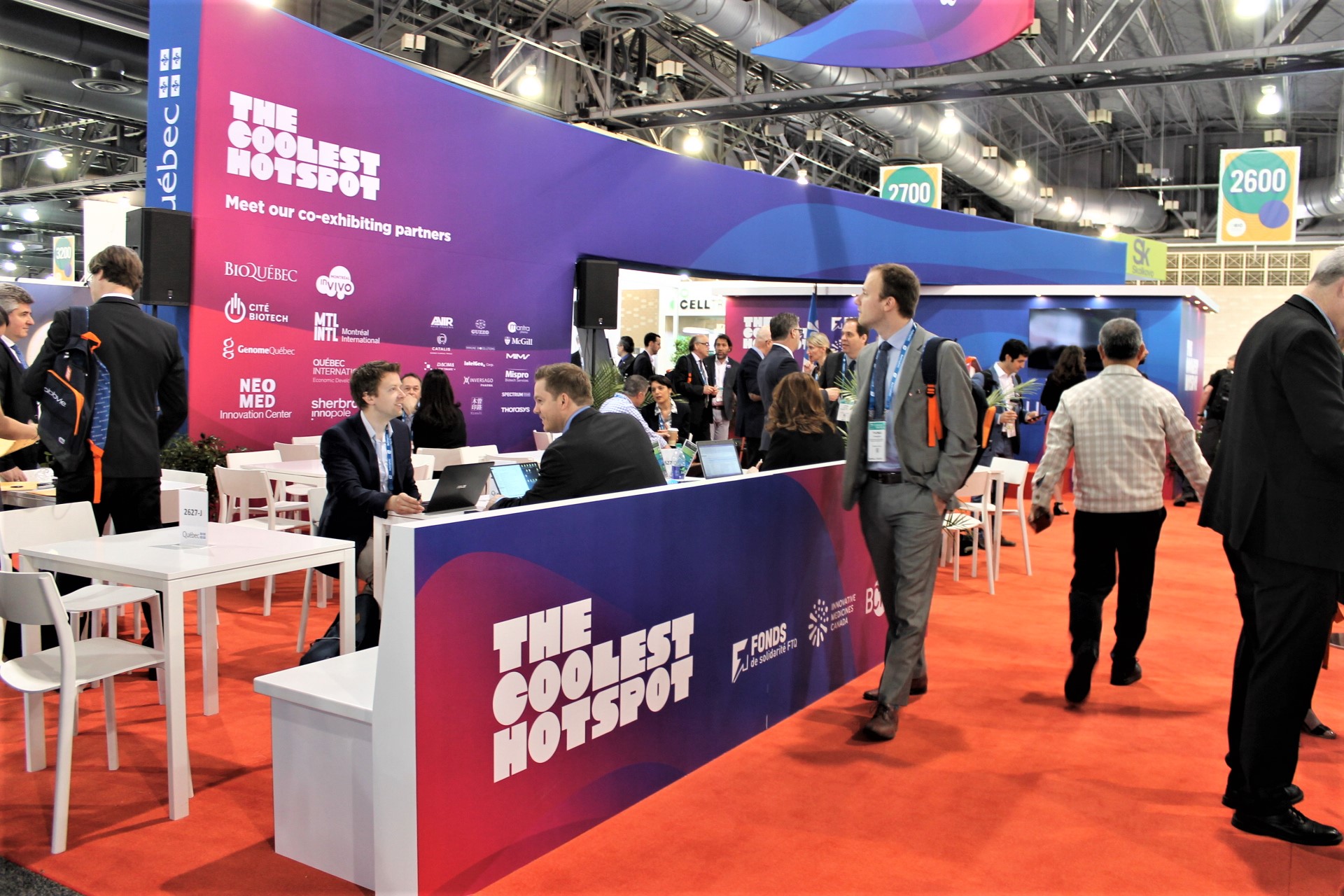 In addition to this significant presence, the province was also recognized during various activities. Mr. Pierre Fitzgibbon, Quebec Minister of Economy and Innovation, took part in a conference on the new approaches in venture financing.  Investissement Québec presented a conference on artificial intelligence in the health sector, while Génome Québec discussed the subject of genomics and its importance in the diagnosis and treatment of rare diseases. These sessions, held during  a major event such as this, provided fantastic exposure for Quebec’s expertise.

BIO 2019 was also a great opportunity to conclude and renew agreements, many of which involved companies and organizations from the Québec City region and the province of Quebec. Amgen and Takeda announced that they would be joining the Quantum Leap project led by CQDM and Feldan Therapeutics. This project focuses on improving an innovative and promising intracellular delivery technology in order to increase the efficiency and precision of certain medical treatments. Pfizer also announced a $750,000 contribution to Q-CROC, an extensive cancer-research network, to support clinical research in Québec City. Finally, BIOQuébec and MassBio, a Massachusetts organization similar to BIOQuébec, renewed their agreement, thereby ensuring continued access to major collaboration opportunities in the industry.

Many Quebec SMEs attended a breakfast meeting with Mr. Fitzgibbon to discuss internationalization challenges in the life sciences sector.

The trip to BIO 2019 provided excellent exposure for both the Québec City region and the province of Quebec, while also promoting exchanges between businesses and opening the door to new international opportunities.